Here’s just one snapshot of what Freedom Cities members have been building together across the country this summer.

1. Night Out For Safety and Liberation

Our communities flexed their imaginations during Night out For Safety and Liberation, with over 30 cities demonstrating alternatives to safety that include healing justice, intergenerational cooperation, and centering joy.

Through these dispatches from #FreedomCities, we experience the visions for what #SafetyIs in New York, Oakland, and Portland. 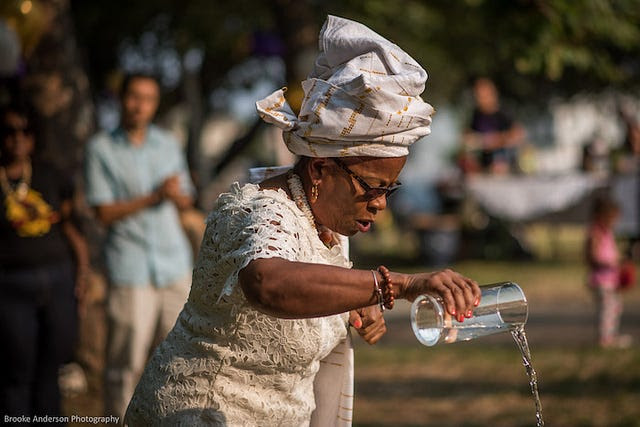 We have Freedom Cities campaigns cooking in four cities across the coasts, with members working on:

More from each of these launch cities – including webinars, case studies and more – soon!

Members of Grassroots Leadership in Austin, Texas helped pass a “Freedom Cities” resolution through City Council to address racial disparities in encounters with police that lead to arrest or deportation. They will be sharing their lessons in a Think/Do Tank webinar on September 27th.

Community members in Gaithersburg, MD, with the support of United We Dream, also passed a Freedom Cities Resolution in their city.

We are building out a student network that will demand their universities divest from the institutions that harm us, including private prisons, and move that money into community support and wellness. We have a training coming up for students on October 13th in NYC – if you have any folks you’d like to recommend, do share their names my way.

We are also supporting a campus divestment training for student organizers around the Boston area on September 16th organized by our partner, Corrections Accountability Project.

Our aim at Freedom Cities is to share movement best practices that reflect our intersectional principles and platform. We believe in the power of equipping our folks with inspiring campaign strategies, whose lessons and themes can be applied across geographies.

Check out our first webinar with Jamie Trinkle from Enlace, who shared the best practices that enabled an on-the-ground coalition to win prison, BDS, DAPL and fossil fuel divestment in Portland last year.

Then, check out our second webinar with Christina Sinha of Asian Law Caucus and Ammad Rafiqi of CAIR-SFBA, on how to use local restrictions to limit the actions of the FBI’s Joint Terrorism Task Force (“JTTF”) and minimize the FBI’s collusion with local police.

6. Beyond Alternatives to Incarceration Convening

Freedom Cities is co-sponsoring a convening, “Beyond Alternatives to Incarceration” with Grassroots Leadership to offer organizers a collective sense of how to run successful campaigns to shrink the carceral state, and to fight against initiatives that inadvertently broaden its reach, on October 26th and 27th.